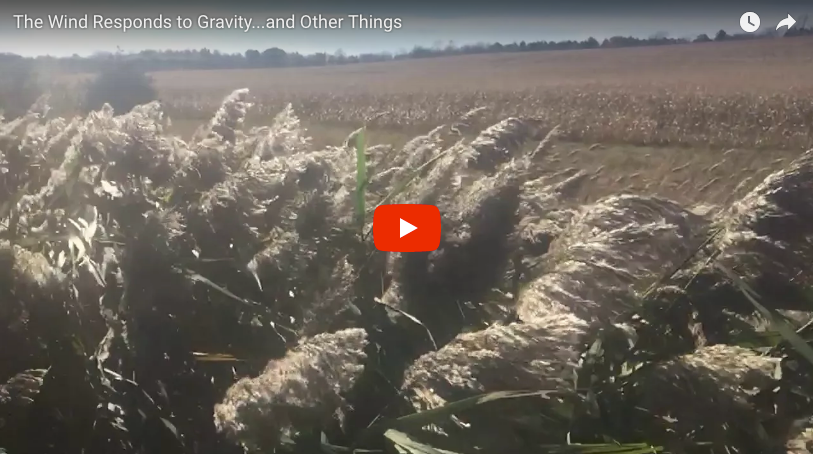 Nature is brilliant. This time of year, the winds rise just as the seeds of plants are ready for airborne distribution. Is it gravity related? Of course!

Gravity holds our atmosphere to the planet. Our atmosphere is filled with air molecules in constant motion (moving so fast they clock up to 1100 miles per hour). As gravity compresses the Earth’s atmosphere, it creates air pressure – the driving force of wind. Without gravity, there would be no atmosphere or air pressure and thus, no wind.

Wind is the bulk movement of gases (in this case, air). It works like an inhale: the lungs fill up as the diaphragm drops and air rushes in to fill the resulting void. Air naturally moves from areas of high pressure to areas of low pressure. This movement, influenced by the earth’s rotation, causes wind.

“The closer the high and low pressure areas are together, the stronger the “pressure gradient”, and the stronger the winds…Wind can be thought of one way that the atmosphere moves excess heat around. Directly or indirectly, wind forms for the primary purpose of helping to transport excess heat either away from the surface of the Earth, where sunlight causes an excess of energy buildup, or from warm regions (usually the tropics) to cooler regions (usually the higher latitudes).” (http://www.weatherquestions.com/What_causes_wind.htm)

Dispersal of seeds by Wind
http://theseedsite.co.uk/sdwind.html