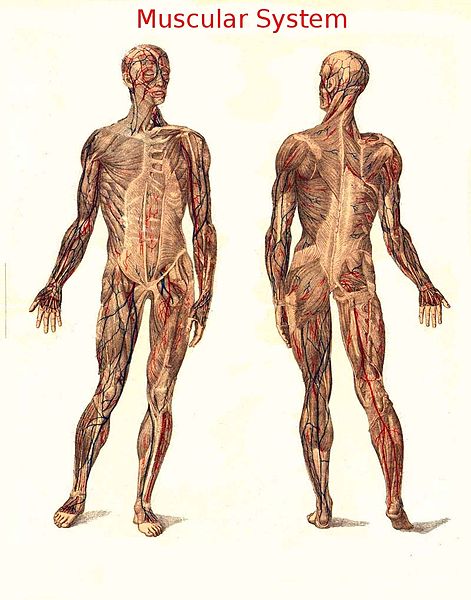 Early predictions of the response of humans to spaceflight assumed that space adaptation would be analogous to human disease processes rather than to normal physiology. Through studies of bed-rested healthy adults and medical examinations of crews returning from space, we now recognize the adaptive nature of the human responses to spaceflight or its ground-based models. We are also aware of the necessity to minimize the flight-induced changes so that crews maintain their Earth-readiness and avoid injury on landing. Lack of gravitational loading affects multiple physiological systems, especially fluid flow, balance, and support structures that are particularly vulnerable to change or injury during reentry and renewed exposure to gravitational forces. To minimize these changes, most crew members exercise extensively during long duration flight. Although many physiological systems appear to be affected by spaceflight, only the cardiovascular, vestibular, and musculoskeletal systems are covered in this article.

Cardiovascular system
To understand how the human cardiovascular system adapts to gravitational loading, it is helpful to think about the system as the body’s “plumbing,” which consists of the “pump” (heart), “pipes” (blood vessels), and “control system” (nerves, hormones, and local factors). The cardiovascular system is designed for a 1-G environment. When crews go into space, strange things happen. Spaceflight causes a fluid shift from the legs toward the head, producing a puffy face and bird- like legs. The fluid shift increases the amount of blood in the chest region, causing the heart and fluid- volume sensors in the neck to detect an increase in fluid volume. The increased chest fluid initially increases heart size (i.e., amount of blood), but regulatory mechanisms quickly kick in and return the fluid to an appropriate, lower level.

The loss of fluid results in a reduced plasma or blood volume. To keep blood thin, the decrease in plasma volume triggers a destruction of newly synthesized, immature, red blood cells, probably by a mechanism of programmed cell death or apoptosis (Alfrey, et al., 1996). The shift of fluids to the upper body and the distended facial veins noted in astronauts suggests that central venous pressure should increase. Surprisingly, it decreases, suggesting that our concepts of pressure and volume regulation need revision (Buckey et al., 1996). These changes are appropriate for the spaceflight environment. However, upon return to Earth, many crew members have difficulty standing, usually due to the rush of blood to the feet that can cause fainting (Buckey et al., 1996). This re-adaptation to Earth’s gravitational force following spaceflight could pose a problem if crews are expected to stand and function normally immediately after landing on any planetary body.

The vestibular system
The vestibular system is our guidance system that controls eye movements, posture, and balance. Its main purpose is to create a stable platform for the eyes so that we can orient to the vertical–up is up and down is down. Deep within our inner ear is the vestibular organ with thousands of tiny hair cells. Resting atop these hair cells are microscopic crystals that move and bend the hair cells, sending information to the central nervous system for the reflex control of eye movements, posture, and balance.

In space, the eyes send signals that confuse the brain because the visual references that we rely on for stability are missing (Merfeld, 1996; Merfeld et al., 1996; and Oman et al., 1996). These mismatched sensory inputs may be one cause of “Space Adaptation Syndrome” (SAS), an adaptive process that often involves nausea and can lead to vomiting. Another possible cause of SAS is sensor adaptation to a novel gravitational environment to increase the gain of sensory cells, possibly by increasing the number of synapses (Ross and Tomko, 1998). After several days in space, crews begin to function effortlessly, signaling that adaptation is complete. Crews initially rely on touch, sight, and muscle sensors for orientation (Young et al., 1996). As soon as they switch to an internal alignment and use the feet to signal down, they are able to function normally. Upon return to Earth, the brain is confused once again as gravity is now available for orientation. This confusion creates postural instability that is compounded with the cardiovascular difficulty in standing. Also, reflexes associated with posture and balance are slowed even on short-duration missions. With long-duration flights, changes in reflexes, visual perception, and eye-hand coordination may become major issues for reentry and readaptation to Earth.

The musculoskeletal system
The musculoskeletal system provides the magic of movement. This system is very responsive to changes in load. In fact, exercise is necessary to maintain muscle and bone mass on Earth. Without gravitational load, muscles and bones associated with posture and weight-bearing become weaker. The intensive exercises performed by crews are not able to counteract the loss of bone/muscle mass and strength because exercising in space without gravity does not produce the same level of mechanical loading possible on Earth. With the fluid shifts and decreased bone loading, calcium is lost from bone and calcium excretion increases. The higher calcium load presented to the kidneys is of concern for potential kidney-stone formation. Our bodies tend to conserve calcium; during spaceflight, the amount of mineral in some bones, including the head, may increase to offset losses from other sites. Bone and muscle are lost only in the legs, back, and neck indicating that the musculoskeletal changes are site- specific–loss does not occur throughout the entire body. Bone loss primarily occurs at sites in weight- bearing bones where muscles (that are also losing mass) attach to that bone. The muscles that help maintain posture are most severely affected and change phenotype. This new phenotype resembles skeletal muscle that fatigues more readily. Muscles in the jaw may change function during spaceflight because on Earth the jaw opens with gravity and people have to work to keep their mouth shut. Upon return to Earth, reduced muscle strength and power, and even pain, occur. Following extended spaceflight missions, certain muscles and bones might be weaker and fracture more easily. Thus, reentry from space is similar to returning from a long boat trip on a rough sea, but space adds the additional complexity of fluid redistribution and muscle weakness in addition to the dizziness.

In summary, the changes in humans are appropriate adaptations to the space environment. They are not life-threatening for at least 1-year, which is the longest that humans have been in space. The adaptations are functional (see Fregly and Blatteis 1996 and Results of SLS1 and SLS2 1996). That’s the good news. The bad news is that adaptation to space creates problems upon returning to Earth. Difficulty standing, dizziness, and muscle weakness present problems after landing. Appropriate countermeasures must be developed. Crew members exercise in space to minimize the difficulties of reentry. We ethically cannot request that they stop exercising. To learn about adaptation of mammals that do not exercise in space, we use appropriate animal models.